Ten of the best photography apps 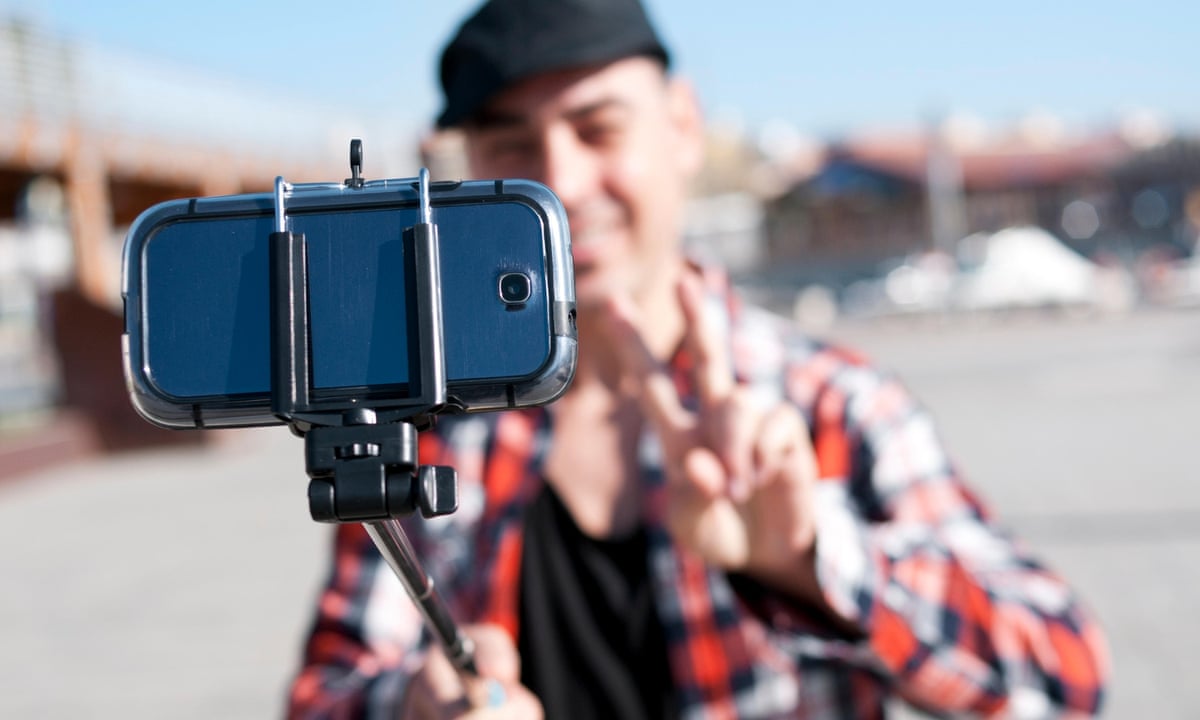 P oint, shoot and share: smartphones have sparked an explosion in photography. According to tech analyst Mary Meeker’s annual internet trends research, more than 500m photos were uploaded and shared every day in early 2013.
That’s startling enough, but a year later, Meeker claimed the daily total had risen to 1.8bn . She did not update the figure in her 2015 report , but it’s reasonable to expect another sharp increase given the growth in both handsets, and the popularity of apps for photo sharing.
The big apps for mobile photography are well known: Facebook, Snapchat and Instagram, with Yahoo’s Flickr getting a long-overdue mobile relaunch in late 2012 to try to compete with these (now more popular) upstarts.
Meanwhile, the default camera apps from Android, Apple and Microsoft continue to improve with every software update. But all these are complemented by a rising swell of apps for shooting, editing and sharing. Ten of the best follow.
Facetune. Facetune (£2.99)
Android / iOS / Windows Phone
It would be unkind to label Facetune as merely an app for touching up your selfies: it’s good for that, certainly, but it’s also an excellent editing tool for any people shots you take – yes, other people. Eyes, skin, noses and even smiles – try to avoid using this in a tone-deaf way – there’s plenty to experiment with.
VSCO Cam. VSCO Cam (Free + IAP)
Android / iOS
When you talk to people who are serious about their mobile photography, VSCO Cam often comes up early in the conversation. Yes, it has filters like most social photo (SoPho? No .) apps, but its editing tools pack more power than the herd. VSCO Cam also has its own community of photographers to share images with and take inspiration from: something in itself that should improve your shots.
EyeEm. EyeEm (Free)
Android / iOS / Windows Phone
At its basic level, EyeEm is another photo-editing app with filters and other tools to spruce up your shots. Its most interesting feature is its “market” though: a place for you to upload your best photography and (hopefully) make some money if it’s bought by brands or media publishers. Like VSCO Cam, its community of photographers provides plenty of inspiration for your own photos.
Facebook Twitter Pinterest Do Camera by IFTTT.
Do Camera by IFTTT (Free)
Android / iOS
This is one of a mini-suite of apps from internet service IFTTT. Like the others, it is based around “recipes” to automate the tasks you might want to do with your photos. For example, one recipe might take a photo and automatically upload it to Evernote for later reference; another might email a photo to a particular contact; and another might post to Twitter or Tumblr without having to open their apps.
Facebook Twitter Pinterest Pixelmator.
Pixelmator (£3.99)
iOS
There are Photoshop-branded apps available for tablets and smartphones, but a growing number of iOS users swear by Pixelmator as an alternative. It’s available for Mac computers too, but it’s the iOS version that shines: it blends powerful features with an intuitive interface, whether you’re editing photos semi-professionally, tarting up shots to share with friends, or just creating memes using its text tools.
Camera51. Camera51 (Free)
Android / iOS
Many of the apps here focus on editing photographs to make them better after the event. Camera51 is more about helping you shoot them as best you can in the first place. It’ll advise you on framing and composition; warn you about objects that might get in the way, and can even help ensure your group selfies don’t disappoint.
Facebook Twitter Pinterest Afterlight.
Afterlight (£0.79 + IAP)
Android / iOS / Windows Phone
If it’s ultra-quick editing you’re after, Afterlight is definitely worth downloading: it’s as good for tidying up a shot in a couple of taps as it is exploring some of its filters and textures for more polish. Textures? Yes, this takes some cues from traditional print photography in its tools for digitally weathering your final pics.
Infiltr. Infiltr – Infinite Filters (£1.49)
iOS
The name makes Infiltr’s standout feature clear: rather than a narrow selection of filters chosen by its developer, it gets you to create your own by swiping on the screen before taking a shot, promising more than 5m combinations. Even if you only find a few of them useful, the choice is refreshing.
Google Photos. Google Photos (Free)
Android / iOS
The thought of uploading all their photos to Google’s servers and having them made “searchable” will give some people the willies – and that’s fair enough. Others will be less spooked by the idea, and will appreciate this slick service from Google offering up to 15GB of storage. iOS users struggling with their iCloud limits may be among its keenest adopters.
Photo Editor by Aviary. Layout from Instagram (Free)
Android / iOS
Finally, this spin-off from Instagram is a useful tool in its own right for grouping several shots into a neat collage. It’s simple to choose up to nine photos from your camera roll, pick a layout and then zoom and swap images until the collage is just right, before sharing it on Instagram or Facebook, or saving it to upload to other social services.
Mobile photography is a hugely personal thing in terms of the apps that work for you. So what have we missed here? All recommendations are welcome: apps for shooting, editing, sharing or storing. The comments section is open for your thoughts.
• Ten of the best interactive book apps
• Ten of the best back-to-school apps for kids
• Ten of the best football apps and games